The ideal place for a relaxing and well-being holiday 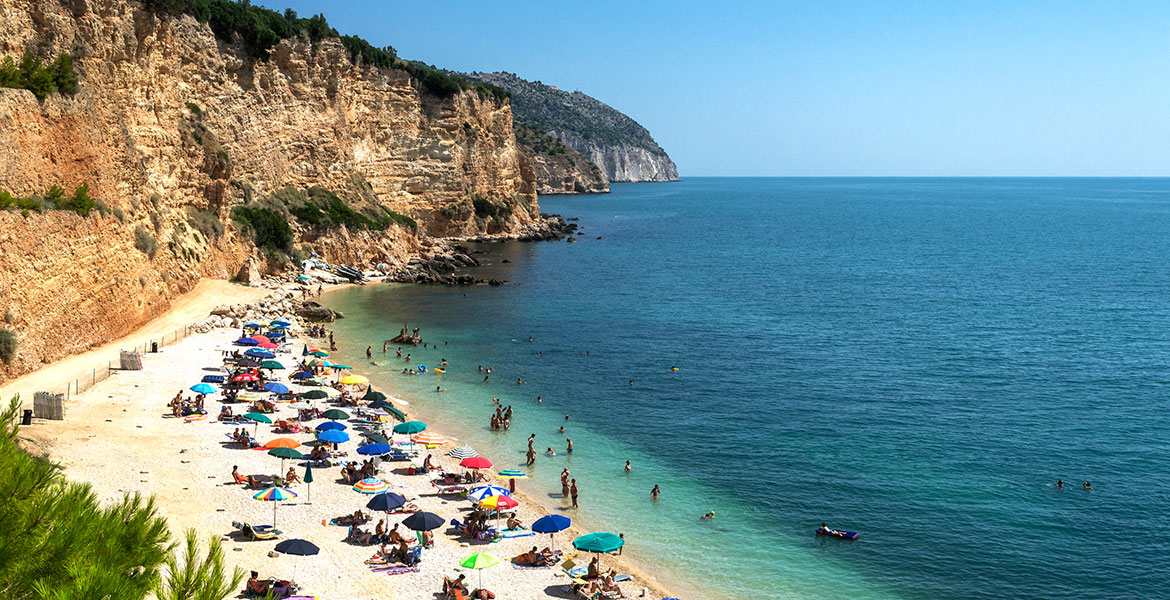 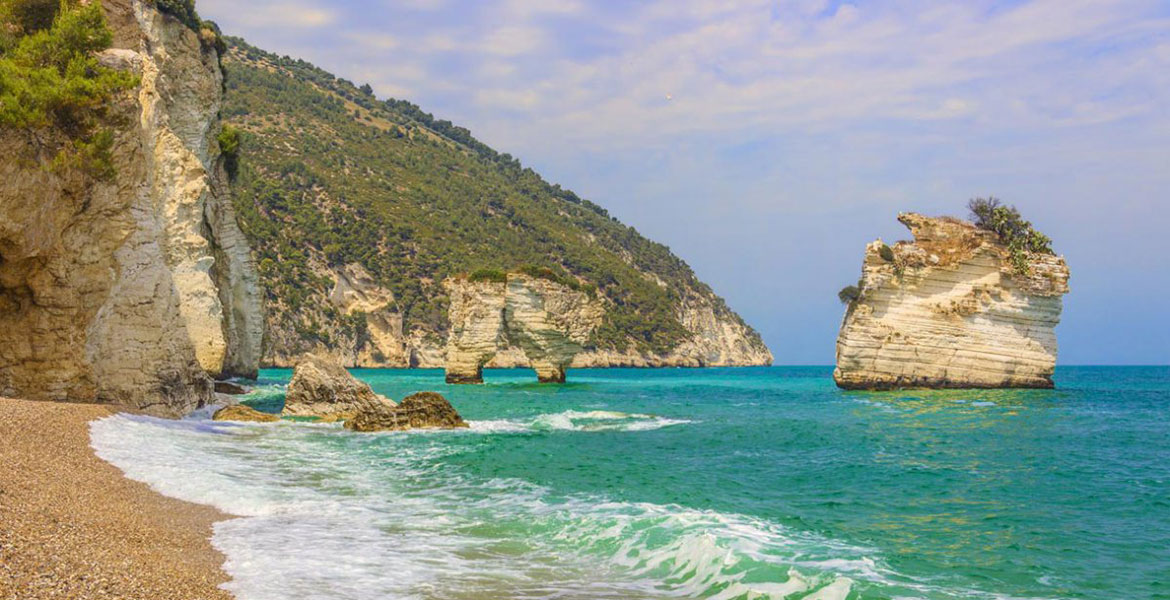 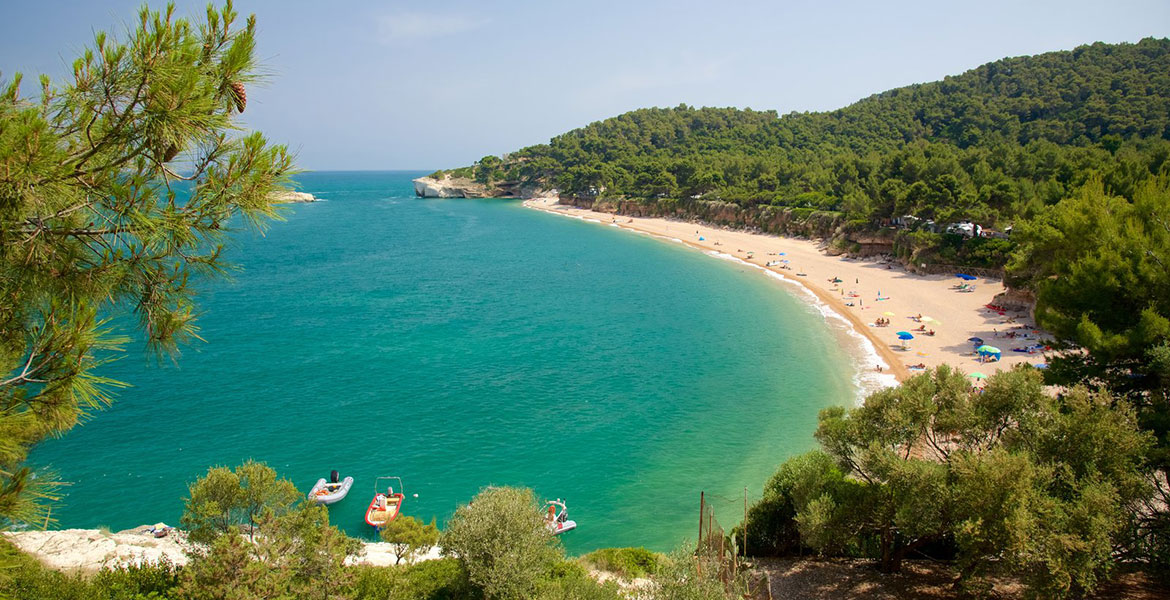 The Gargano is rich in enchanting landscapes and beaches. The pretty Baia delle Zagare, 44 km far from Peschici, is one of the most known and popular strands. A lot are, along the coast, the "trabucchi", ancient structures for fishing. Furthermore, the promontory is rich in grottos, with evocative names: the Grotta dei Contrabbandieri (smugglers), the "Due Occhi (two eyes)" Grotto, the Marmi (marble) Grotto, the "delle Sirene (mermaids)" Grotto, the "del Serpente (snake)" Grotto. The Gargano, with its 140km long coast, is the ideal destination for who is looking for relax and fun and is also suitable for the most sporty, who will have the chance to practice a lot of different activities. There are also a lot of Sanctuaries: the Ancient Church of S. Maria delle Grazie in San Giovanni Rotondo; the Sanctuary of Santa Maria delle Grazie, the one devoted to S. Padre Pio. Another interesting destination is Monte Sant'Angelo, that is, still nowadays after more than sixteen centuries, every year reached by thousands of pilgrims coming from all over the world. Here there is the Sanctuary Basilica of S. Michele Arcangelo, also known as "Celeste Basilica", because it is believed it was not be built by human hand. In San Marco in Lamis there is instead the Sanctuary of S. Matteo Apostolo, that was probably established by the Lombards.

"Unforgettable holiday" - We went on holiday in Peschici, enchanting city in the Puglia Region. We stayed 6 nights at the Hotel Sirena, close to the beach, a little hotel but equipped with all...

"It's a pleasant place where to stay!" - We are just leaving from this welcoming place. We are a group that during this week have painted red the hotel, as it is said...

"What a surprise!" - We came back home after a holiday spent at the Hotel Sirena: it was a wonderful week! The owners are really kind and at your total disposal...

Read the other reviews

Subscribe to the newsletter to stay updated on our latest offers and promotions.